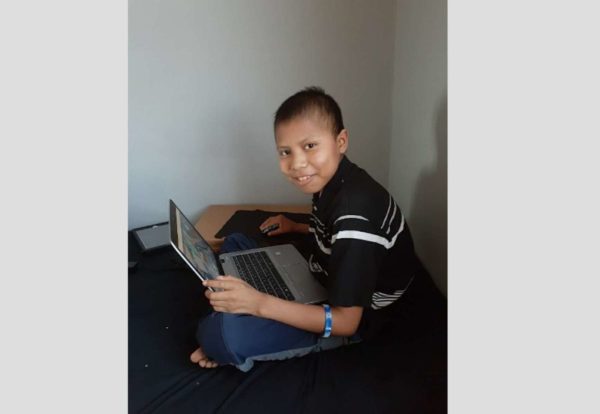 A boy in Falls Church can now hang out with his friends online because of the Make-A-Wish Foundation’s Mid-Atlantic chapter.

Kevin, the 12-year-old boy, received his wish for a computer in early April, according to a press release from Make-A-Wish Mid-Atlantic.

“The leukemia fighter can now connect with his friends, play games and catch up on schoolwork next year,” the press release said.

While Make-A-Wish was able to grant Kevin’s wish, the mid-Atlantic chapter is struggling to grant the “record number” of wishes by children with critical illnesses.

“As a vast majority of local wishes involve travel or large group settings, approximately 30 wish children each month will… wait indefinitely for special wish moments they’d been looking forward to,” the press release said. “Disruptions to these wishes, along with major fundraising event cancellations and an ever-changing economic landscape, means our work is quickly changing and multiplying.”

“The campaign serves as the first effort under the multi-year When Stars Align strategy, intended to highlight the past, present and future stars who align their time, talents and resources to make the Make-A-Wish mission possible,” the press release said.