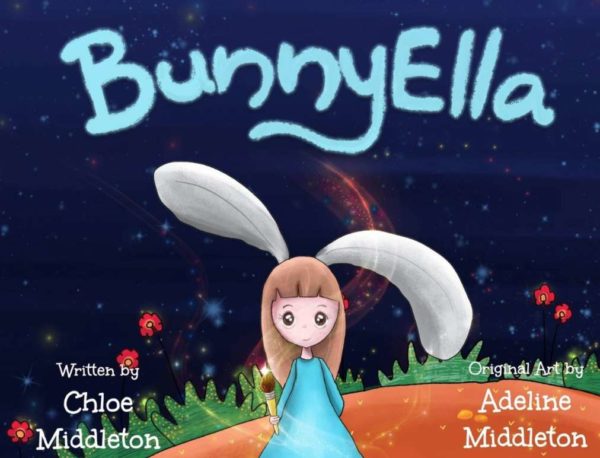 After discovering her love for storytelling at age 8, Cooper Middle School student and McLean resident Chloe Middleton has now published her first book in a new series called BunnyElla.

BunnyElla is about a young bunny who finds herself put in a position where she has to be brave and make certain decisions that will guide her life, according to the book’s description.

“It’s a book for everybody,” Chloe said, adding that people of all ages can take away something different from it.

According to Chloe’s mom, Ang, common themes in the book include overcoming peer pressure and challenging cliche fairy tale tropes.

After the book’s official release on March 24, Chloe said she was overwhelmed by the positive response she received from her peers and her community at school — including a personal phone call from the administration at her school praising her work.

All of the artwork in the book is the creative product of Chloe and her younger sister, Adeline. To brighten up the colors, Ang noted that the family also hired an artist to digitize their artwork before it went to print.

To help women in need during the coronavirus pandemic, Chloe said that some of the proceeds from the book will be donated to Calvary Women’s Services, which assists women experiencing homelessness in the D.C. area.

Currently, Chloe said that she is working on a sequel to BunnyElla, adding that it will likely be a chapter book further exploring the themes in the first book. When she isn’t writing, Chloe said she also enjoys playing the piano and participating in sports.

People can purchase BunnyElla on Amazon.