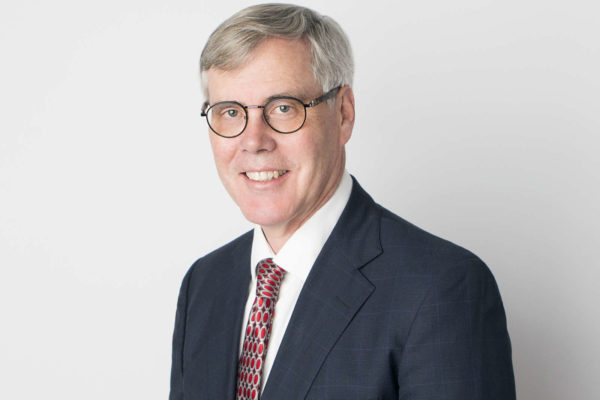 Ahead of the Town of Vienna’s election this year, Tysons Reporter asked the candidates to answer the following questions and also submit a short biography. Each candidate had an opportunity to answer the same questions in their own words. We are publishing the Q&As this week in the order we received the responses.

Featured here is Chuck Anderson, who is running for one of the councilmember seats.

Bio: Chuck is a long-time citizen organizer and advocate for appropriately-scaled development in Vienna. A former member and chair of the Planning Commission, Chuck has served on a number of other boards and civic associations in Vienna and has been active in church and scouts.

He has lived in Vienna since 1997. Chuck is also a co-founder and principal with Capital Trade, Incorporated, recognized as a premier consulting firm in the area of international economics. He is a graduate of Williams College and Oxford University.

Nearby, Tysons is urbanizing. How do you think the Town of Vienna’s identity should change in response to Tysons’ growth?

Vienna soon will be the closest small-town haven to this major new urban area. Like our predecessors, the future Town Council must work tirelessly to protect Vienna’s small town ethos. We should not allow ourselves to become simply an appendage of Tysons.

Rather, we should try to maintain our winning combination of low density, single family residential focus, vibrant community activities, and strong local government. One change we should consider is how to build non-auto transportation links (bike lanes, hiking paths) between Tysons and Vienna, so that Vienna becomes a non-auto small town destination for the growing Tysons population.

What are your solutions to Maple Avenue congestion and cut-thru traffic in neighborhoods?

In his book “Traffic,” Tom Vanderbilt explains how traffic is like water: it will seek the path of least resistance. The obvious solution to minimizing cut-through traffic in Vienna is to reduce congestion on Maple Avenue, with smart lights, and strict control on future density. There is no other magic solution to this long-standing problem.

One project that would eliminate a traffic light, make Vienna more pedestrian-friendly and reduce auto trips is a W&OD trail bridge across Maple Avenue. I would try to work with the county to realize this vision.

Should Vienna keep its “small town feel”? If so, how? If not, why and what do you propose?
Some have argued that Vienna should cast off its self-image as a “small town.” I strongly disagree. Most of us, myself a small-town boy from Blissfield, Michigan, have settled in Vienna precisely because of its small town ethos. That does not mean that we should ignore the urban-sized issues we face.

But as Deborah and James Fallows pointed out in Our Towns of their survey of resurgent American small municipalities, revitalization is most successful when it is built on the town’s unique assets. Vienna’s small town-ness and the W&OD bike path, are the two most important assets we have. We should embrace them.

Vienna has a long history of being named a “Tree City USA.” What steps would you like to see Vienna take to become greener and more sustainable/environmentally-friendly?

Our image as a Tree City succeeds or fails, in large part, on the density of the canopy along our major thoroughfares. One of the great tragedies of Vienna’s history is that the maple trees that gave Maple its name were cut down in the 50s when Route 123 was widened. We have an opportunity to bring the trees back.

One of the more important things we can do is to require higher tree density in any successor to the mothballed Maple Avenue Commercial district zoning ordinance. The Vienna Market MAC development, for example, is so dense that no trees can grow in its townhouse interior space.

What do you want to see happen for parking when Parking Henry Library gets moved and rebuilt?

Patrick Henry is one of our most important community assets. Even though a local branch, it has the traffic of a regional library. I strongly support the proposal to partner with the county in redeveloping Patrick Henry at its current site to build a structure that includes municipal parking.

As I learned when I co-chaired a Planning Commission study of parking for Church Street, most people will not walk more than a quarter mile from their car. A parking structure at the current Patrick Henry location is ideal for serving community events, as well as businesses on both Maple and Church. Because of its central location and importance to the town, any new library should be an architectural jewel.

What are your ideal height and building sizes for developments in the Maple Avenue Ordinance?

As I have stated for over seven years, I would not set height or building size limits, or even the geographical limits for a new Maple Avenue redevelopment district until we have a good understanding of how much additional density our main street can absorb. I would also favor allowing higher density only in the core area of town. If mixed use is proposed, then the residential portions must include sufficient green space, parks and common space for their own use.