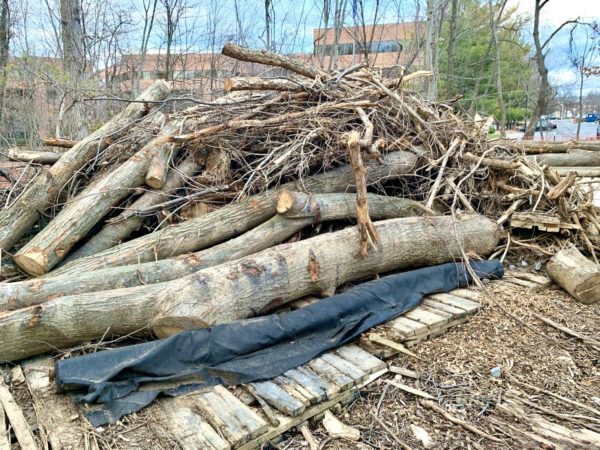 A recent stream restoration project in Tysons is supposed to help fix erosion but a few residents and environmental advocates in the area worry that it will be detrimental to local wildlife and foliage.

The Old Courthouse Spring Branch at Gosnell Road Stream Stream Restoration Project runs loosely along Route 7 and is currently under construction to restore roughly half a mile of the natural stream channel, replace old sewage lines and decommission an old stormwater pond, according to Fairfax County’s website.

The area, which consists of more than 40 acres of open space, is home to birds, deer, owls, small mammals, foxes, hundred-year-old trees and even a bobcat or two, according to Fairfax County.

Local resident Jack Russell, who is a long-time visitor to the park, said he isn’t aware of either an ecological or environmental impact report for the project, which he said concerns him.

Tysons Reporter reached out to Shannon Bell and Charles Smith from the Fairfax County Department of Public Works and Environmental Services Department for comment but haven’t received a response yet.

Russell said he is already noticing the negative effects of the work done by crews, recounting how Fairfax County workers destroyed a fox’s den. “I watched the fox just walk around in shock,” he said.

Though the work on phase one began in November 2019, Russell and his wife retroactively organized a Facebook page and town hall in January to educate people on the project. The meeting attracted roughly 50 people from around the area, Russell said, noting that Fairfax County representatives attended the meeting, including a liaison from the office of the Hunter Mill District Supervisor.

During the January town hall, Russell was able to share his grievances with Bell and Smith.

“The people who are managing phase one and phase two of the Tysons Forest project couldn’t be nicer people and they’ve listened but they rolled in with bulldozers and backhoes and just clearcut 1,500 feet of old trees,” Russell said.

Fairfax County documentation already notes that ecosystems in the area are fragile. “The natural areas of the district are extremely fragmented, with significant portions of edge habitat and few large tracts remaining,” the report, which was published in 2011, said.

Ultimately, Russell said he and other local advocates have a few key demands.

Though they understand that stream restoration is important for the health of the area, he said they want to:

According to Fairfax County, the project will be completed in 2021.

Russell said he hopes the issue will receive more attention and that Fairfax County will reevaluate the environmental impact of its ongoing projects.