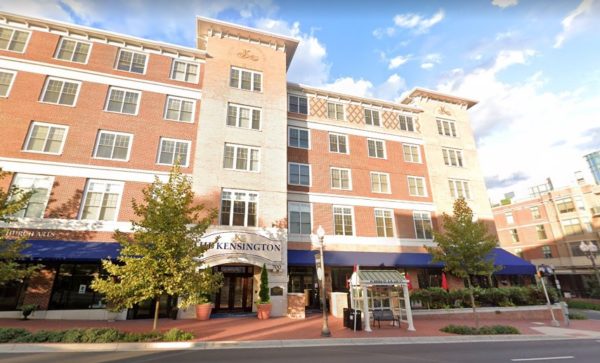 A second resident in a senior living facility in Falls Church has tested positive for COVID-19, according to Fairfax County health officials.

The county announced the new coronavirus case at The Kensington (700 W. Broad Street) on Sunday (March 22) — a few days after the first case was announced on Thursday (March 19).

“Fairfax County Health Department, The Kensington, and the City of Falls Church are fully collaborating on the investigation and taking immediate action to prevent further spread,” according to the county.

The man who first tested positive was isolated after he started having respiratory illness symptoms on Saturday, March 14, county officials said.

Seven other people who were sick at the assisted living and memory care facility received negative test results for the virus, the city said in a press release.

The City of Falls Church, which is a part of the Fairfax Health District, declared a local emergency due to the coronavirus pandemic on Monday, March 16.