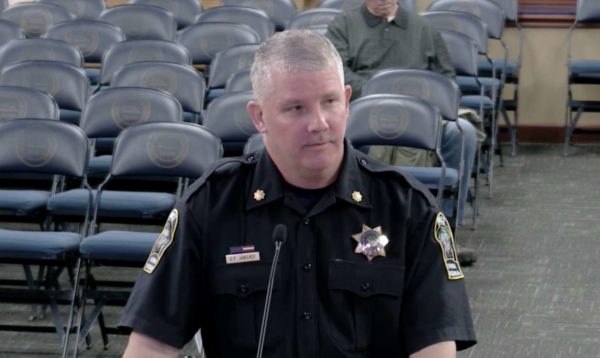 Vienna police are urging people to send in tips for their investigation of a burglary at a local gun store on Maple Avenue.

Janickey said that police showed up at the Vienna Arsenal (386 Maple Ave E.) right around when the store’s owner was checking on an alarm that sounded around 6 a.m. last Monday (March 2).

“We responded and found a forced entry into a second-story window where they were able to gain entry and steal approximately 25 guns,” he said.

Janickey said that the police department is working with the Bureau of Alcohol, Tobacco and Firearms and the store’s owner to determine what types and models of guns were stolen.

The Vienna Arsenal has alarm and camera systems, along with metal bars on its windows, he said.