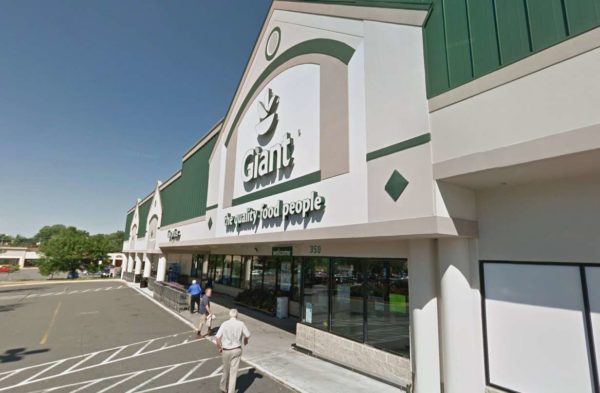 Vienna police are looking for whoever used a marker on the exterior of the Giant along Maple Avenue.

Juan Vazquez, a spokesperson for the Vienna Police Department, told Tysons Reporter that someone wrote words — “one politically related, one cop related” — on the walls and columns outside of the store, he said.

Vazquez declined to say what the exact words were.

The vandalism happened sometime between Feb. 5-15 at the store (359 Maple Ave E.) and was reported to the police by an employee, according to the police report.

Vazquez said that police roughly estimated that the markings caused $250 worth of damage, which would make it a misdemeanor.

The case is still active and police are reviewing surveillance footage, Vazquez said, adding that “Giant has a lot of surveillance.”