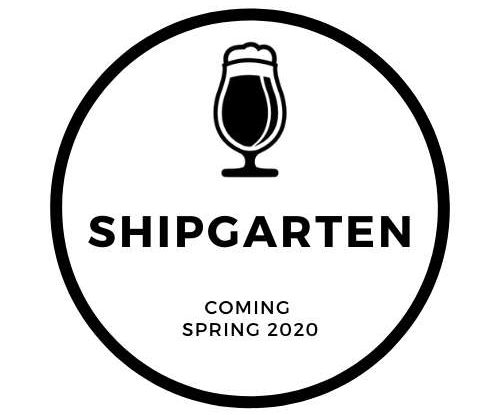 The team behind the now-closed Tysons Biergarten plans to bring the beer garden back as part of a new pop-up concept near the McLean Metro station.

Tysons Biergarten closed near the Greensboro Metro station in November to make way for a redevelopment that will add a new office tower at 8332 Leesburg Pike.

The team behind the beer garden has said it plans to debut a new concept consisting of themed, 40-foot shipping containers:

Matt Rofougaran, Tysons Biergarten’s CEO and managing partner, shared with Tysons Reporter more details on what people can expect when The ShipGarten opens this spring.

Like Tysons Biergarten, which had a three-year-lease, The ShipGarten will plans to be a pop-up for three years at the Scotts Run development, Rofougaran said.

“We want to do pop-ups all over the [D.C. area],” he said. “What we want to do is avoid having to leave everything in one building and start all over.”

Rofougaran said that using shipping containers will allow for mobility — what he calls “a traveling beer service.”

“Our landlord owns multiple properties throughout Tysons — The Mile and near [Tysons] Galleria,” he said.

The ShipGarten will also fill a currently empty space that is slated to house a high-rise later on.

Rofougaran said he hopes the nearby restaurants and bars in the area, which include City Works and an upcoming beer garden called The Perch, will encourage people to move around from one spot to another.

“We love it,” Rofougaran said about the new location. “The more restaurants and bars near us, the better. It takes us away from being a destination location.”

Plans for The ShipGarten started two years ago and were inspired by similar concepts in New York and California, he said.

“What we are doing is a little bit different,” he said, adding that the ShipGarten will be on a larger scale. “It’s a cross between stuff you see in New York and what the real, true Oktoberfest is like in Germany.”

Rofougaran said he wants The ShipGarten to attract the same, wide range of people — “from college students to 70-year-old executives” — that Tysons Biergarten brought in, along with an emphasis on being family-friendly.

“Surrounding those containers will be your quintessential biergarten area, family friendly kids area, a fenced in dog area, and entertainment venue,” according to The ShipGarten’s website.

When The ShipGarten arrives in the spring, Rofougaran said that people can expect all four concepts to open at the same time.

“The goal is to test these concepts out in Scotts Run and if they work well, we put them everywhere,” he said.