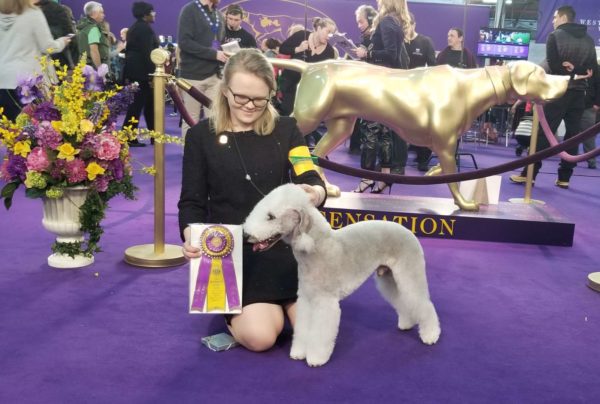 Alfie, a 3-year-old terrier raised in Vienna, is looking to bow-wow the judges at this year’s Westminster Dog Show.

Breeder Linda Freeman told Tysons Reporter told Alfie is a “world traveler” who has won championships in the U.S., Sweden and Finland.

“Alfie loves dog shows,” Freeman said. “He was in Tucson, Arizona in November and had a huge specialty win. We show him because he loves it.”

Alfie travels with Patricia Eriksson, who obtained Alfie from Freeman and takes him and other dogs around Europe, Scandinavia and the U.S., Freeman said.

After showing horses as a child, Freeman said that she’s been showing and breeding dogs since 1981 after discovering they “were easier to transport.”

People can watch the competition on tonight (Tuesday) to see Alfie compete in the terrier group in Madison Square Group.