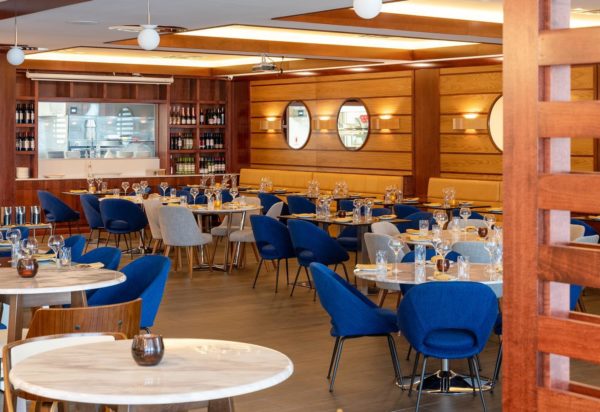 Vienna police arrested a 28-year-old man who allegedly was drunk and harassing a customer at Zenola.

The incident happened shortly after 9 p.m. on Wednesday, Feb. 5.

Police said that an employee at the Mediterranean restaurant asked the man to leave the premises when he started harassing a customer.

“The man was later found lying in the alley behind the business,” police said. “Officers responded with rescue personnel and determined the man was intoxicated.”

The man, who is from Magarity Road in Falls Church, “became disorderly with the rescue personnel while they were assessing him and treating a minor injury,” police said.

He was arrested for being drunk in public and was transported to the Fairfax County Adult Detention Center.

In a separate incident, Vienna police said a Jammin Java employee reported that someone vandalized the front patio area with paint. The incident happened between 6:30-8:38 p.m. on Saturday, Feb. 1.