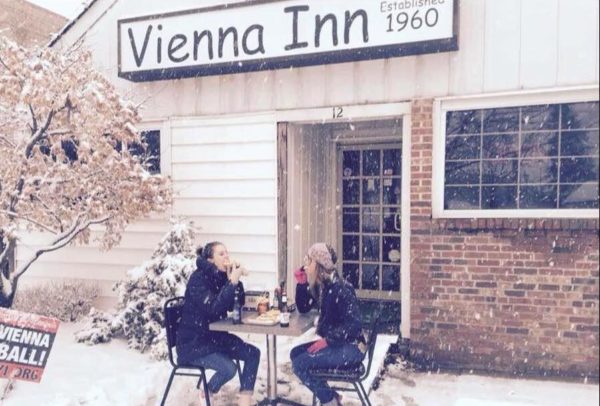 To celebrate its 60th birthday, the Vienna Inn plans to host a range of community events, a spokesperson said.

Festivities began with a Kids’ Night on Monday (Feb. 3) at 120 E. Maple Ave, which featured a special menu, giveaways, activities, prizes and a photo booth, according to the event Facebook page.

There will be another Kids’ Night event on Monday (Feb. 10), the spokesperson said, adding the event will run from 5:30-7 p.m.

“A lot of our customers are like me and have been coming here since they were kids just like their parents,” Marty Volk, the owner of the Vienna Inn, said in a press release. “There are often three generations at a table on any given day.”

Every Tuesday, the location will host rib nights, where people can find deals on ribs and drinks.

Next Friday (Feb. 14), the eatery is hosting a Valentine’s Day party for families, according to a Facebook event. Perks include a gift for mothers, deals on wings after 5 p.m. and a treat for kids too.

The location also has “something big planned” for National Chili Day on Feb. 27, according to a press release, which added that the eatery usually serves more than 10,000 chili dogs a month.

Between first dates and bonding time with family members, the spokesperson said the community has strong ties to the eatery and owners will be hosting a Memorabilia Night, where people can bring in items of nostalgic value.

Though dates and more information hasn’t been released yet, the spokesperson said people can keep tabs on the Facebook page for dates.

Photo via the Vienna Inn/Facebook