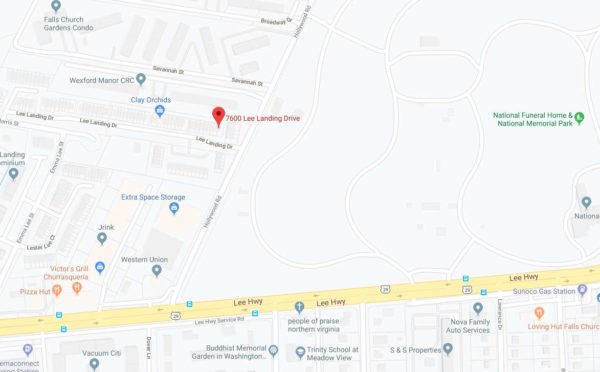 Police said the SWAT officers were serving a narcotics search warrant and related arrest warrants when the armed suspect confronted them in the house.

“A SWAT officer discharged his weapon striking the man,” according to the press release from the police department. “Officers immediately rendered medical aid to the man who then was transported to a hospital where he was treated and released.”

The Major Crimes Bureau is conducting a criminal investigation into the use of force and Chief Edwin Roessler Jr. has directed the Internal Affairs Bureau to conduct an administrative investigation, along with an independent review by the Police Auditor, according to the press release.

“The name of the officer will be released by Chief Roessler within 10 days,” the press release said.

David Vo, 24, of Falls Church, was charged with felony distribution of marijuana and felony failure to appear. Vo is being held without bond at the Fairfax County Adult Detention Center. Additional charges will be forthcoming.

The involved officer is a 16-year veteran of the Fairfax County Police Department and is assigned to the Special Operations Division. As per department policy, the officer has been placed on administrative leave pending the outcome of the criminal and administrative investigation…

All information provided in this release is based on preliminary investigative findings and may be subject to revision as the investigation progresses.

We are on scene of an officer involved shooting in the 7600 block of Lee Landing Drive. The suspect has been transported to a local hospital with injuries that are not life threatening and the officer was not injured. Updates to follow. pic.twitter.com/GnwSaXbxGG