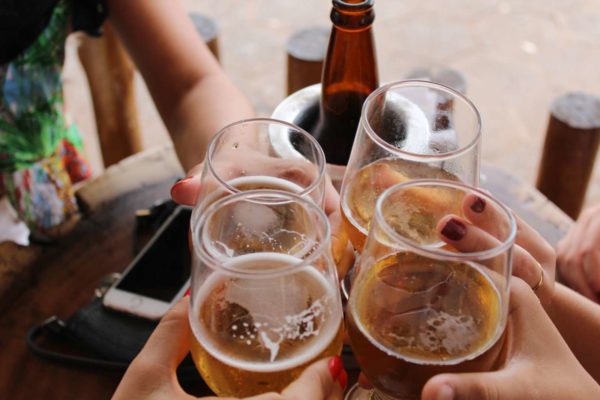 Updated 1/20 — Corrects the hours for Caboose Brewing’s locations in Vienna and Merrifield.

With the shake-up of breweries and nightlife in Tysons, people are seeking new places to go for a beer with friends or colleagues.

Though Tysons Biergarten closed in November, there are several upcoming spots that opened in the last few weeks or are preparing to open. Tysons Reporter compiled a list of local breweries and bars around the area that people can check out if they want to grab some beer.

Whole Foods recently became the epicenter of The Boro with its High Point pub. Open from 7 a.m. until 10 p.m., seven days a week, the location caters to lunchtime and happy hour crowds.

The pub offers a full range of drinks, including cocktails, wines and also more than 16 local brews from around Virginia.

Xtreme Wings and Bar (8119 Watson Street) has specials and events for people looking for something to do while they enjoy a beer. It offers karaoke on Tuesday and Saturday nights, according to the website, which added the location is open from 11 a.m. until 2 a.m. seven days a week.

A self-proclaimed pour house, City Works (1640 N. Capital One Drive) has around 90 locally crafted beers on tap. A full list can be found on the bar’s website but there are brews likely to appease even the pickiest beer snob. City Works is open Monday through Saturday from 11 a.m. until 11 p.m. and Sundays from 11 a.m. until 10 p.m.

The Casual Pint in Falls Church (6410 Arlington Blvd) opened earlier this week and offers dozens of various Virginia based brews. Locally owned and operated by Darren McClure, guests can enjoy the low-key atmosphere, which includes wooden tables and a colorful draft list. Hours of operation are 11 a.m. until 11 p.m. on Sunday-Thursday and from 11 a.m. until 12 a.m. on Fridays and Saturdays.

Settle Down Easy Brewing Co. (2822 Fallfax Drive) is a Nano brewery, which brews beers from IPAs to kolschs. People can find a taco stand inside along with indoor and outdoor seating. Hours vary each day of the week but can be found on the location’s website.

Audacious Aleworks Brewery and Taproom (110 E. Fairfax Street) specializes in small-batch ales. The taproom in downtown Falls Church has up to 20 beers on tap at any given time along with free popcorn and board games.

Dominion Wine and Beer (107 Rowell Court) has a well-regarded bar above the store, serving wine, beer and food, while offering growler fills to go.

Sweetwater Tavern (3066 Gate House Plaza) has a microbrewery is located in Merrifield where visitors can find hand-crafted brews and lunch and dinner menus. Hours of operation are different each day of the week and can be found online.

Caboose Common (520 NE Mill Street) in Merrifield has tons of open seating for people to enjoy drafts brewed on-site. The industrial-style setting is multi-functional and allows people to use the location as a co-working space during the day and as an after-work hangout spot.

The location is open Sunday through Thursday from 7 a.m. until 9:30 p.m., Fridays and Saturdays until midnight.

The owners of Tysons Biergarten closed the previous location in anticipation of The Shipgarten at Scotts Run, which will include a beer hall. It will likely open in the spring.

Solace Outpost is looking to start brewing its own beer in the former space of Mad Fox in Falls Church in May.

Photo via Giovanna Gomes on Unsplash