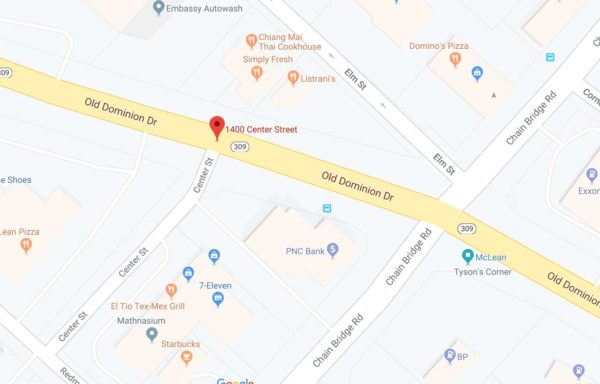 Late this morning, a vehicle ran into the window of a building in downtown McLean.

The incident occurred in the 1400 block of Center Street shortly before noon, according to a Fairfax County Fire and Rescue spokesperson.

An adult male driver drove into the front of a building, causing “minimal” damage, a Fairfax County police spokesperson said.

No one was injured, according to the fire department spokesperson.

It is unclear at this time what caused the incident. The fire department spokesperson said that there will be a police investigation.

The police spokesperson was not able to share the type of vehicle and specific building address.

Units on scene of vehicle into building in 1400 block of Center Street in McLean. Minor damage. No injuries at this time. Several units returning to service. #FCFRD #FairfaxCounty pic.twitter.com/j0N4lI1Axt