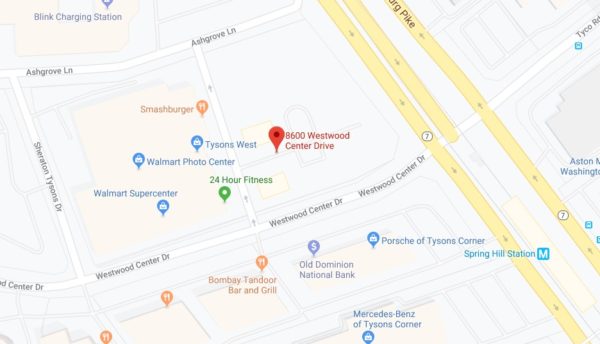 Fairfax County police said gang activity may be behind the New Year’s Day shooting that injured three people in the Spring Hill area.

In an update today (Thursday), police said that two men and one woman had gunshot wounds after a shooting in the 8600 block of Westwood Center Drive early in the morning on New Year’s Day.

The three people were treated for non-life-threatening injuries and released from a local hospital, police said today.

John Lieb, a police spokesperson, told Tysons Reporter that one scene was located in the parking lot of the Hawthorn Suites by Wyndham, while another was in a breezeway of the buildings.

Lieb was not able to confirm if any of the people involved in the shooting had been staying at the hotel.

“The suspects were described as black males,” police said. “Detectives believe this shooting is gang-related.”