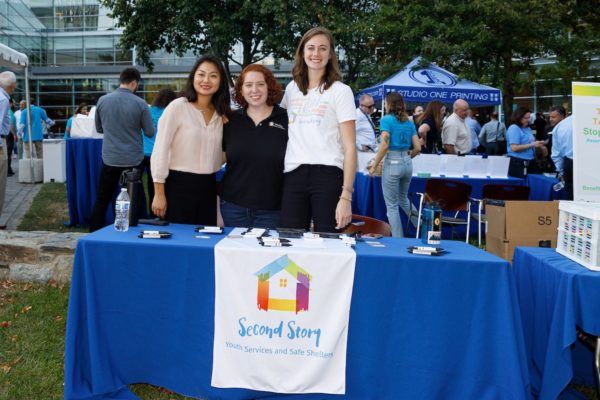 With the launch of Second Story’s Together, We Do More campaign, the local organization hopes to maintain its purpose as a resource for kids and young adults facing hardships and abuse.

By the end of the three-year campaign, the organization plans to raise at least $4 million, according to its website.

Due to a lack of government funding and rising costs of services Jade Leedham, the vice president of development for Second Story, said that support from the community is key for the organization’s success.

“What we are trying to do is basically close the gap with rising cost,” she said.

The campaign officially launched in July at Second Story’s “Beacon of Hope Breakfast,” which Leedham said is the organization’s largest event of the year.

Within the first fiscal quarter of the fundraiser, Second Story managed to hit its initial goal of $430,000, according to Leedham.

Leedham came up with the idea for the campaign alongside Second Story’s CEO while discussing the future of the organization. They wanted to find the most efficient way to communicate with the public.

“From there it just kind of snowballed,” she said.

Though the organization receives donations and requests for assistance throughout the year, Leedham said the holidays are a busy time for Second Story.

Anyone interested in donating and supporting the campaign can do so online.

Second Story also published a series of videos and testimonials, which the community can watch if they are curious about the organization’s impact.