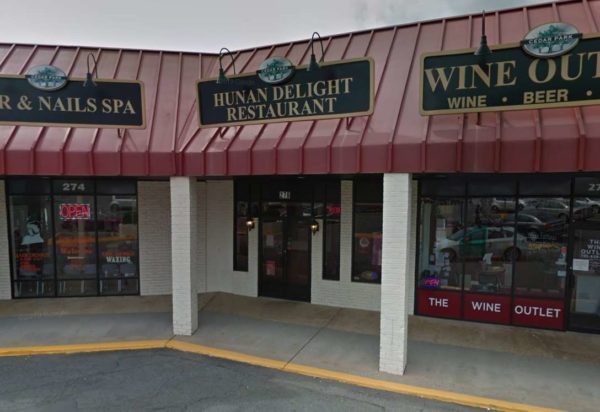 Vienna police say that a man said his credit card was charged for a larger amount than what he ordered at Hunan Delight.

The man got food delivery from the restaurant at 276 Cedar Lane SE on Dec. 11, police said. “He paid for the food with a credit card and gave the delivery driver a cash tip,” according to the report.

More from the police report:

A few days later he noticed the total for the order on his credit account was higher than what he had authorized. The restaurant provided the citizen with a copy of the receipt. The citizen advised that the receipt was not the same receipt that he had signed and that his signature was forged on the receipt they had.