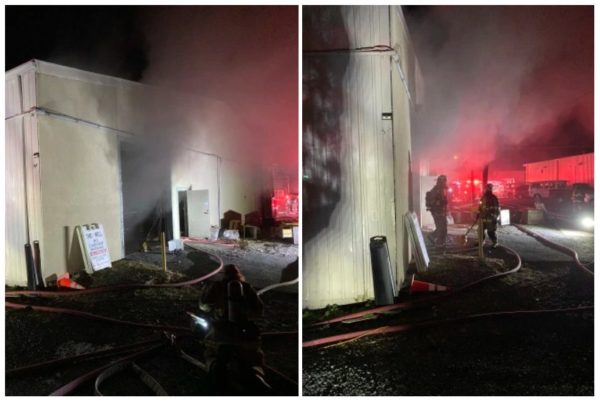 A fire that broke out in a commercial building in the Town of Vienna earlier this week resulted in thousands of dollars of damage.

Firefighters responded to the fire around 6:30 p.m. on Wednesday (Dec. 4) in the 500 block of Mill Street NE, according to Fairfax County Fire and Rescue.

Units arrived on scene of a one-story commercial building and reported fire visible from within the structure. Crews quickly extinguished the fire. No firefighter or civilian injuries were reported.

Fire investigators determined that the fire started by accident inside the front door of the retail sales area after “an electrical event in a hot/cold water cooler.”

The fire did not displace anyone and caused damages worth approximately $11,000, according to the fire department.