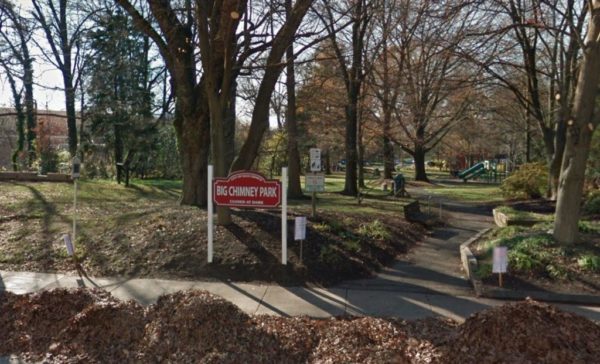 City officials and community members in Falls Church are gearing up to celebrate the recent renovation of one park and the start of work on another one this Saturday (Dec. 7).

The events kick off with a ribbon cutting ceremony at 11 a.m. at the new Broad Street entrance (601 W. Broad Street) for the Howard E. Herman Stream Valley Park, according to a press release from the city.

After the ribbon cutting, a groundbreaking ceremony will take place at around noon for the improvement project at Big Chimneys Park (210 Gibson Street). 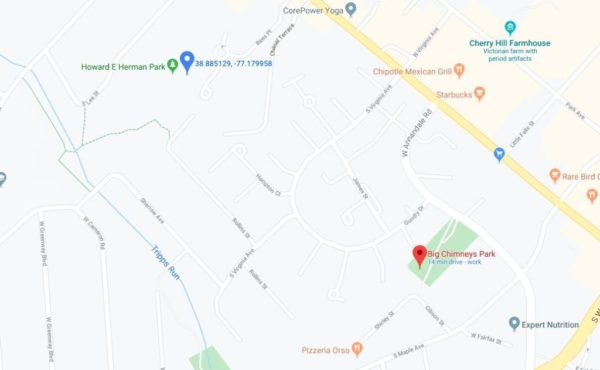 The work is set to start this month and will include installing new play equipment, improving the drainage at the south end of the park and adding an accessible trail from the Winter Hill neighborhood, according to the press release.

Mayor David Tarter is expected to speak at both events, along with Recreation and Parks Advisory Board Chair Charley O’Hara and other community leaders.

Attendees who would like to get a ride between the parks can use the bus that will be available after the ribbon cutting and groundbreaking ceremonies, according to the press release.

Image and map via Google Maps

Read more →
More Stories
Poll: What Do You Think of the New Metro Service Ideas?A Look at the November Incident Reports from FCPD’s McLean District Station