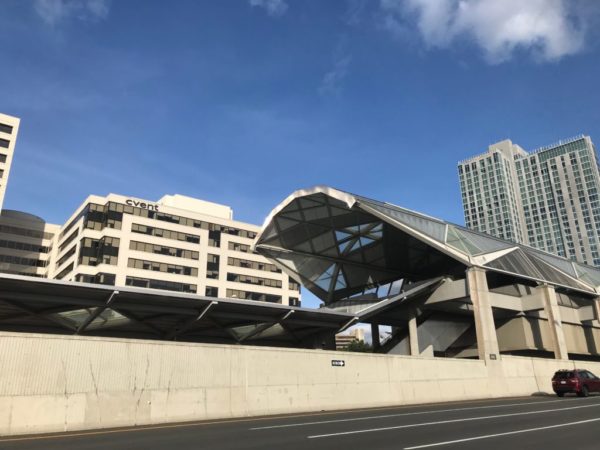 Metro riders could see some new routes for the Silver, Orange and Blue lines in the future.

The Washington Metropolitan Area Transit Authority released today (Thursday) several preliminary concepts for the three lines that include alternative routes. The concepts are a part of a two-year study to address both short- and long-term needs, according to WMATA.

Today customers on Metro’s Blue, Orange, and Silver lines experience delays, crowding, and congestion due to limitations in the system’s design. The three lines share one set of tracks from the Rosslyn tunnel, through downtown DC, to Stadium- Armory. This bottleneck limits the number of trains that can serve customers during rush hour. In addition, running three lines on one track requires precision, and even a minor problem with a single train can impact the entire rush hour for all three lines.

The BOS Study has identified several draft concepts to improve service and position Metro to serve the future needs of our region. Input from the public and stakeholders will help Metro evaluate the concepts and recommend a comprehensive strategy with a “locally-preferred alternative” to move forward with federal environmental review, design and funding in late 2020.

For people in Tysons, one option would let trains turn back at different areas along the Orange, Blue or Silver Lines, like the West Falls Church or East Falls Church Metro stations.

Another concept would create new Silver Line connections north of I-66:

Concept: Provide new Silver Line service through a new tunnel under the Potomac River into DC and Maryland, north of I-66.

A new tunnel under the Potomac River would provide a new Silver Line “corridor” north of I-66 that could operate as local service, express service or a mix, with different service options:

Yet another concept would create new Silver Line connections south of I-66:

Concept: Provide new Silver Line service through a new tunnel under the Potomac River into DC and Maryland, south of I-66.

A new tunnel under the Potomac River would provide a new Silver Line “corridor” south of I-66 that could operate as local service, express service or a mix, with different service options:

Option A: Operate new Silver Line service from West Falls Church along Route 7 and Columbia Pike, then across the Yellow Line Bridge to Southeast DC and Prince George’s County.
Option B: Similar to Option A, but the Silver Line would turn southward to Crystal City and National Airport rather than heading to DC.

WMATA plans to solicit feedback from the public about the ideas at several meetings this month. The Tysons-area meeting is set to take place on Tuesday (Dec. 17) at the Courtyard by Marriott Tysons-McLean (1960A Chain Bridge Road) from 4:30-7:30 p.m.

The online survey will be open until Jan. 6.

People can find more information about the preliminary concepts online.