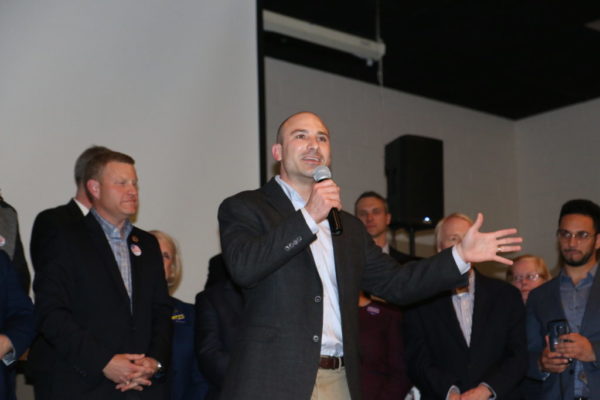 Descano announced last Wednesday (Nov. 27) that he intends to have Terry Adams, a private defense attorney in Arlington, take on the role of Chief Deputy, lauding his 14 years working on criminal and civil cases in Virginia.

“A clear and well-respected leader, Terry is a proven litigator with years of trial experience in Northern Virginia,” Descano said in the press release. “In addition, he would bring a well-rounded background and unique perspective to the position that will prove vital in helping to transform and lead this office forward.”

Previously, Adams worked in the Arlington County Sheriff’s Office and was on active duty in the Marine Corps for eight years, according to the press release.

Greis Edwardson started working in the office of the commonwealth’s attorney in Fairfax County in 2009, where she was the first dedicated domestic violence prosecutor, according to the press release.

She currently represents the Commonwealth in the prosecution of all violations of criminal law, specializing in homicides, sex crimes against children and adults, child pornography and exploitation cases, and domestic violence.

Ms. Greis Edwardson has been co-chair of the Fairfax County Domestic Violence Fatality Review Team since 2009, and serves on the County’s Domestic Violence Prevention Policy & Coordinating Council. She has trained judges, attorneys, law enforcement, advocates, and community service providers on criminal and civil legal issues in her areas of specialization.

“I am extremely proud to announce Jessica Greis Edwardson, Esq. as my choice for Deputy in the Office of Fairfax County Commonwealth’s Attorney. I respect and thank Ms. Greis Edwardson for her service to this community and her eagerness to continue to do so. Her experience, specifically in this courthouse with the toughest cases, makes Ms. Greis Edwardson a clear choice for leadership. As we establish an appropriate path forward for this office’s growth, structure, and policies, I know Jessica will be essential,” said Mr. Descano.