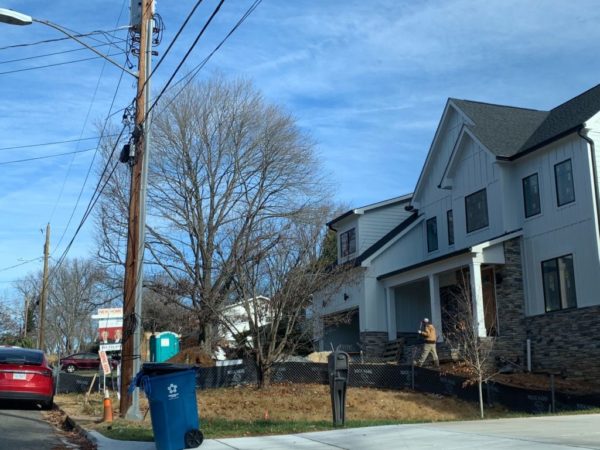 A man fainted while working at a construction site for a new house near downtown McLean, according to the building company.

The incident happened shortly before 11 a.m. today (Tuesday) at 1605 Wrightson Drive. A sign for Reston-based Green Logic Builders was on the lawn of the site.

“A worker just fainted on his own,” Ned Malik, the founder and CEO of Green Logic Builders, told Tysons Reporter.

The worker was inside a trench with four other people when he fainted for about 30 seconds, Malik said, adding that the man was rescued by the Fairfax County firefighters and taken to the hospital.

END_OF_DOCUMENT_TOKEN_TO_BE_REPLACED

More Stories
Investing Insights: Mutual Funds are not a Good InvestmentAnnual Tour of Historic Houses in McLean Returns This Week