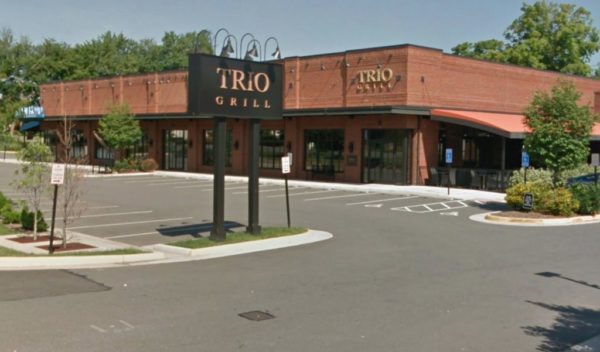 The Board of Supervisors approved an amended parking plan today (Tuesday) for 8100 Lee Hwy — the site of TRIO Grill and Open Road, which are both operated by Metropolitan Hospitality Group.

Back in 2013, the board OK’d a parking reduction from 123 to 100 spaces on the site, with 98 spaces for customers and two spaces — one for an employee and another for a shuttle for employees, according to county documents. The board made the decision because of the restaurants’ proximity to the Dunn Loring-Merrifield Metro station.

Several conditions were put in place for the 2013 reduction to incentivize the employees to not drive, including a shuttle to and from the Metro station for employees and reduced-fare vouchers for public transit.

“However, soon after the restaurants opened, the operator discontinued the shuttle program and instead instituted valet parking on adjacent sites,” according to county documents.

To address concerns about the parking situation, the Zoning Administrator requested a parking study in July 2017. The study found that the site requires 123 parking spaces.

Roughly 50 employees are on the site during peak operating hours, according to county documents.

Now, the board approved changes that will have:

“The total proposed parking supply of 197 spaces is adequate to meet the projected peak parking demand of 182 spaces, which is based on yearly sales data for the restaurants and potential parking demand associated with this data,” according to county documents.

Providence District Supervisor Linda Smyth likened the situation to the children’s tale “Goldilocks and the Three Bears,” saying that it’s important to get the parking numbers right — “not too much, not too little.”

“Parking is vital to the success of any business,” Smyth told her fellow board members. “This has been a dilemma here.”