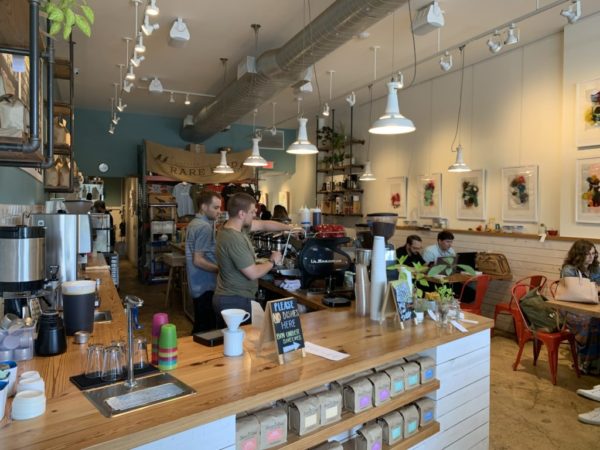 An annual campaign in the City of Falls Church this month encourages locals to spend money locally.

The Falls Church #LiveLocalFC campaign invites community members to take advantage of stores and services within city limits while participating in social media challenges for prizes through the end of November.

There is a bingo card online that participants can complete and post on social media with the #LiveLocalFC hashtag to qualify them for weekly prizes, though it is not clear what the prizes will be. The bingo card presents challenges such as “meet a local business owner,” “have food delivered” and “support a non-profit.”

Residents are encouraged to have 20% or more of their shopping or monthly spending happen within the city.

Councilmember Ross Litkenhous began the campaign along with other councilmembers and the Falls Church Chamber of Commerce.

“Last year we kicked off the live local campaign,” Litkenhous said. “Those efforts really paid off.”

The city manager and chief financial officer said the sales and meal tax revenue from last year following the campaign exceeded expectations by over $750,000, according to Litkenhous.

The initiative offers other benefits, including economic development in the city, a boosted sense of community, increased funding for schools and infrastructure, easement of traffic, reduction of pollutants into the environment and creation of jobs, according to a press release.

November was chosen as #LiveLocal month because the holiday season is around the corner and many people are starting to shop for gifts, Litkenhous said.