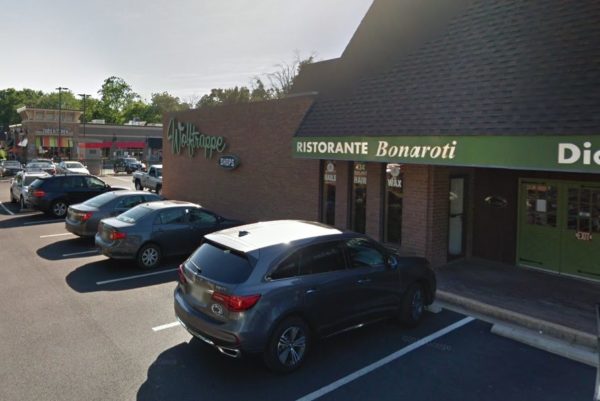 The Vienna Police Department received a call last week about a man who allegedly threw a martini glass that cracked one of Ristorante Bonaroti’s windows.

“An employee reported that a customer was sitting outside of the restaurant when he became irate and threw a martini glass,” according to the police report. “The glass cracked an exterior window of the restaurant.”

The incident occurred around noon on Sunday (Oct. 27) at 428 E. Maple Avenue.

“When employees began to call the police, the customer became more upset, making vague threats regarding the police,” the report said.

The man was gone before officers arrived.