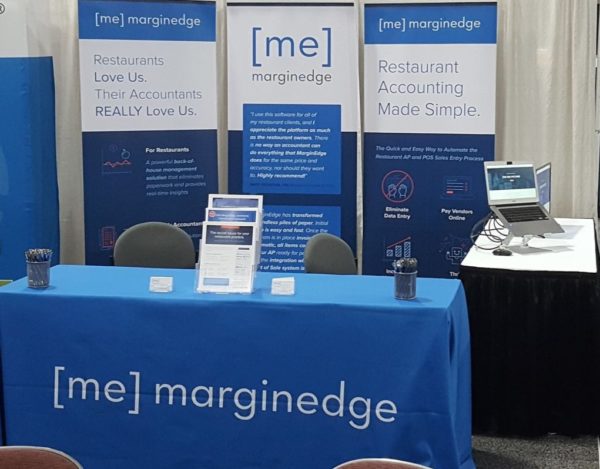 (Updated 10/26/19) MarginEdge, a Merrifield-based restaurant software startup, has raised millions of dollars in a recent funding round.

The company recently raised $5 million in Series A funding — bringing their total funding to $10.4 million, according to a press release.

“Osage Venture Partners led the round, with participation from In Good Company… and other restaurant owner investors,” the press release said.

Headquartered at 8315 Lee Hwy, MarginEdge processes invoices for restaurants. Restaurant employees send pictures of receipts and invoices to the company, which then processes them and connects the restaurant to point of sales partners.

“We’re excited to see this approach resonating, with a dozen of our clients investing in the company and a 12-month customer retention rate of 94%,” the company’s CEO Bo Davis said.

The company said in the press release that it plans to use the money to expand geographically and add new partnerships.

MarginEdge also recently signed its 1,000th restaurant, according to the press release.

Some of the restaurants the company works with include District Taco, Chef Geoff’s, South Block and Hank’s Oyster Bar.

“MarginEdge allowed our team to go from being an accounting department to being more of a finance department,” Javier Retamar, the chief financial officer of Maple Street Biscuits, said. “Now, it’s not just about inputting things after the fact; we have the time and tools to analyze.”