A cyber tip led Vienna police to charge a 53-year-old Vienna man with more than 20 felonies after police say they discovered child pornography at his home. 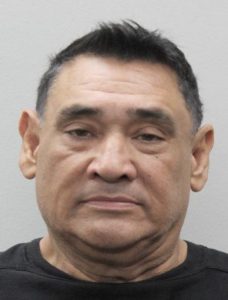 The tip from the Northern Virginia/Washington DC Internet Crimes Against Children Task Force said that a local internet account had uploaded child pornography videos, according to a Vienna police press release.

The Vienna Police Department investigated the tip, which brought them to a house in the 1200 block of Cottage Street SW.

“A search warrant was executed at the home, and several electronic storage devices were seized,” the press release said. “A forensic examination of the devices was completed and numerous files containing child pornography were uncovered.”

Snow is being held at the Fairfax County Adult Detention Center without bond.

First photo via Facebook, second photo via Town of Vienna