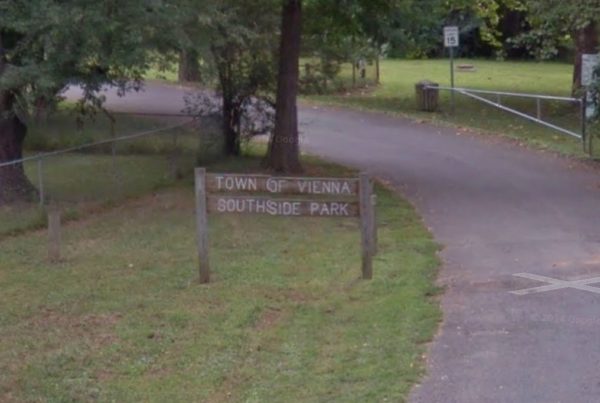 The Town of Vienna has now received the funding it needs for a $2 million stream restoration project.

The Board of Supervisors approved giving a little more than $1 million for the project to the town at its meeting yesterday (Tuesday).

“The project will restore approximately 1,900 linear feet of [the] stream on Bear Branch Tributary, providing nutrient reduction and improved water quality in the Accotink Creek watershed,” according to county documents.

Earlier this year, the Town of Vienna received a grant from the Department of Environmental Quality that will cover roughly half of the design and construction costs.

About half of the Bear Branch Tributary, which is apart of the Accotink Creek watershed, is located in the Town of Vienna.

The Accotink Creek Watershed Management Plan rates the Bear Branch Tributary’s condition as “very poor” and calls for a series of restoration projects, starting with retrofitting the stream channel on the upstream side of I-66 at Southside Park.

“The channel is over-widened with moderate to severe erosion along the stream banks,” according to the plan. “Restoration would include reducing the channel dimensions, raising the bed elevation and installing grade controls.”

After work is done on that portion, the plan calls for work on the stream from Hunter Road to Route 50 to stabilize the stormwater outfall structures and regrading eroded stream banks.

“Partnering with the town on this project will save the county the time and administrative costs that would be incurred if the county were to implement the project under its stormwater program,” according to county documents.