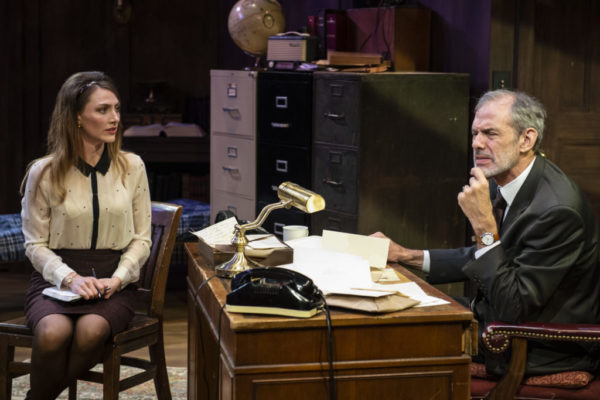 Tysons’ 1st Stage Theatre is back with a show exploring generational divides to launch its new season.

“Trying” explores the relationship between Judge Francis Biddle, the chief judge of the American Military Tribunal at Nuremberg, and his young Canadian assistant — the last in a long line of unsuccessful secretaries.

The play’s regional premiere is this Thursday (Sept. 19). The show runs until Oct. 20.

Performances for “Trying” are:

The drama is the first show for 1st Stage’s 12th season, which has five more shows, including “Airness” and “The Royale.”