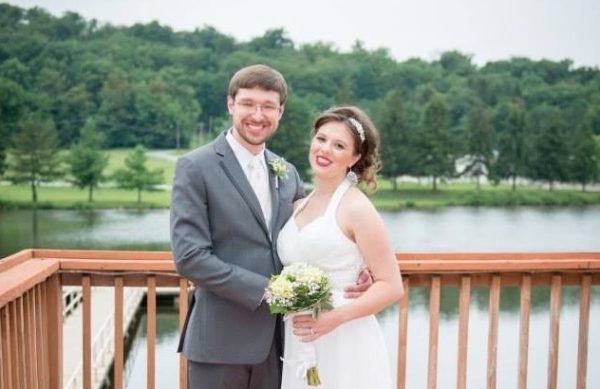 A GoFundMe campaign is raising funds to help a family with funeral and hospital costs after a McLean man was killed in a multi-vehicle crash on I-66 that also seriously injured his wife.

On Saturday (Aug. 24) morning, 28-year-old Joseph Castellano was driving a Toyota Rav4 on westbound I-66 near Centreville when a tractor-trailer collided with him and several other vehicles.

“The Toyota Rav4 ran off the right side of I-66 and over the Jersey wall, at which point it caught fire,” Corinne Geller, a spokesperson for the Virginia State Police, said.

His wife, Kate, was a passenger in the car. She was flown to a trauma center in D.C. and is still being treated for life-threatening injuries, Geller said.

A BMW sedan had struck the tractor-trailer, starting the series of chain-reaction crashes that involved eight cars, Geller said.

More from the GoFundMe page:

On Saturday August 24th we lost an amazing friend, brother, son, and husband to a terrible car accident. Joe Castellano died on impact.

Amazingly his wife Kate Castellano managed to escape the car and survive the crash. She was flown to a D.C. hospital with life threatening injuries.

I am setting up this Go Fund Me page to help the Family (families) with funeral, memorial, and hospital costs.

Joe and Kate touched the lives of many of us during our tenure at Mount Saint Mary’s University. They were kind to everyone, loved greatly, and did so much for everyone.

They were good Catholics and their faith and love for one another and to God could be felt by everyone around them.

If you could donate even a share to help, I would truly appreciate the kindness.

edit: I am a friend of both Joe and Kate. Joe was a classmate and friend and Kate became my friend and roommate during college.

The beneficiary of this fundraiser is Tony Castellano, Joe’s father.

“I wanted to thank everyone for the overwhelming response,” Whelan wrote. “It is a true testament to Joe and Kate’s impact on our lives and of course their families impact as well. Your kindness and thoughtful words are deeply appreciated.”