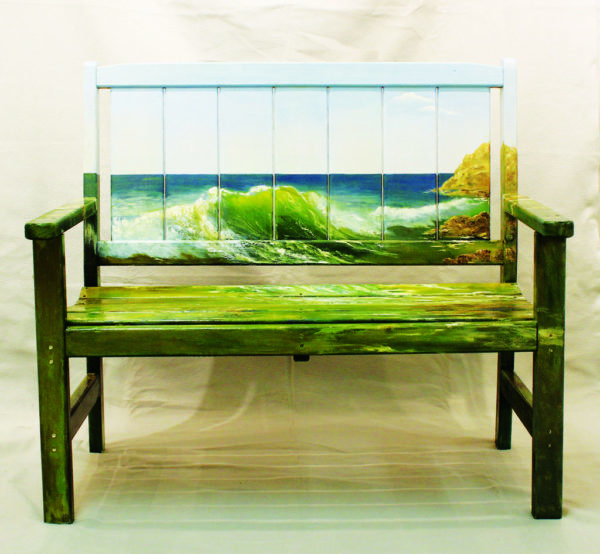 (Updated at 1:45 p.m.) Another painted bench commissioned by the Vienna Arts Society has gone missing in the Town of Vienna.

The Vienna Police Department said that a member of the Vienna Arts Society reported that one of their benches was stolen from in front of Ghaffari Orthodontics (100 Church Street NE) between Aug. 9-12 — nearly one month after another painted bench was reported stolen.

The benches are two of the 42 benches painted by local artist and placed around the Town of Vienna. The benches are slated to be sold at a charity auction in November.

The bench taken this month was called “Big Wave” by Artist Viktoriya Maslova.

Kenneth Britz, the artist of another bench, told Tysons Reporter that the Vienna Arts Society is currently working on a way to deter any attempted thefts in the future.

“We are still trusting of the town,” he said, adding that “anything can be stolen from anywhere.”

Britz said that the arts group hasn’t determined yet if Maslova will paint another bench for the town.

He added that the arts group is cooperating with the Vienna Police Department. 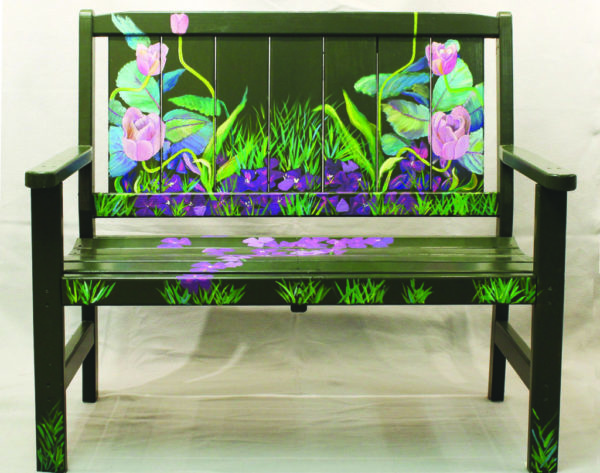 The bench that disappeared from outside Grass Roots Fitness (512 W. Maple Avenue) in July was painted by Mary Ellyn Perkowski and featured pink and purple flowers against a black background.

Deborah Kennedy, a spokesperson for the Vienna Arts Society, previously told Tysons Reporter Perkowski plans to paint another bench similar in design to the stolen one — it is unclear when the replacement will be finished or where it will be placed.

Earlier in August, Britz published an open letter in the Sun-Gazette on behalf of the organization condemning the July theft as “an affront to the town and a show of blatant disrespect to its residents and visitors.”

Juan Vazquez, a spokesperson for the Vienna Police Department, said that the department cannot comment on the cases since they are still being investigated.