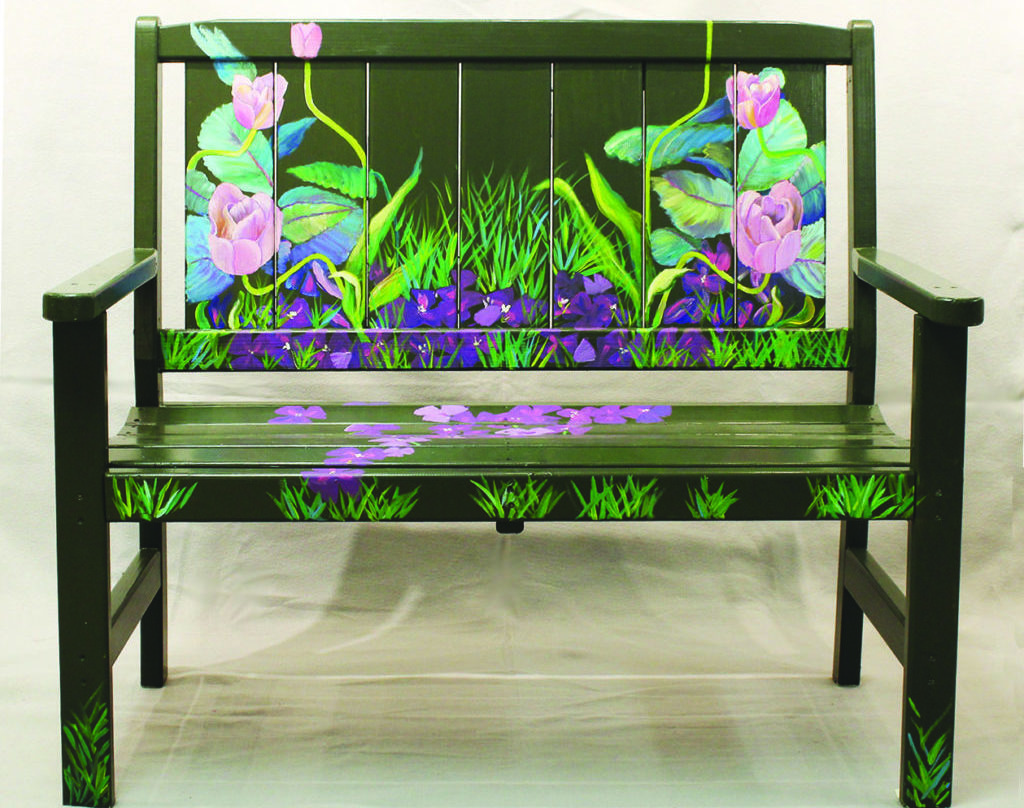 A thief is on the loose in Vienna after one of the town’s painted benches went missing.

Earlier this year, the Vienna Arts Society commissioned local artists to paint benches, gifted by donors, that would eventually be sold at a charity auction. But around July 7, one of the benches was mysteriously snatched and is still missing over a month later.

According to a police report, the painted bench was first reported missing by a Vienna Arts Society member when they noticed it disappeared from outside Grass Roots Fitness (512 W. Maple Avenue).

Deborah Kennedy, an artist and spokesperson for the Vienna Arts Society, told Tysons Reporter that the arts group knew there was a small risk that the benches would be stolen, but no one really thought it would happen.

“It’s a small town and we thought people would be looking out for them,” she said.

The police have not informed the group about any potential leads, she said, adding that there was not any video of the thief that she knows of nor were the benches bolted down to the ground.

Juan Vazquez, a spokesperson for the Vienna Police Department, said that the department cannot comment on the case since it is an ongoing investigation.

Mary Ellyn Perkowski painted the floral bench with pink and purple flowers against a black background. Named “Spring,” the bench “was inspired by a bed of tulips she had photographed at Meadowlark Botanical Gardens in Vienna,” according to a Vienna Arts Society newsletter.

It is one of 42 other benches placed around the Town of Vienna.

Kennedy said that Perkowski plans to paint another bench similar in design to the stolen one. It is unclear when the replacement will be finished or where they will place it.

Kenneth Britz, the artist of another bench, published an open letter in the Sun-Gazette on behalf of the organization condemning the theft.

“It is also an affront to the town and a show of blatant disrespect to its residents and visitors,” Britz wrote.