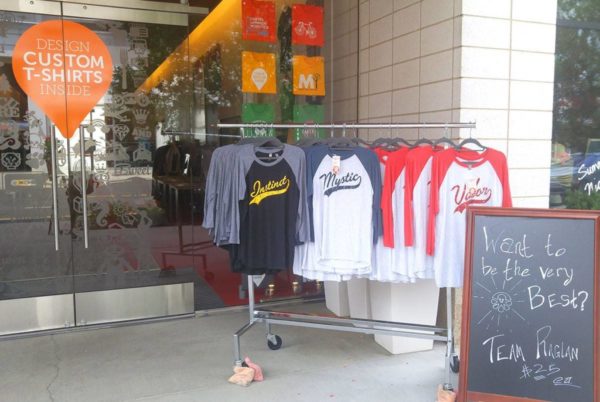 “Sidestep’s services have been made available at concerts in North America, Europe and Australia. Some of its notable users include Beyonce, Guns N’ Roses, Panic! At the Disco, Fall Out Boy and Adele,” the article said.

This isn’t the first acquisition for Custom Ink. In 2016, the company procured Represent, a Los Angeles-based social commerce startup.

“[Sidestep’s] service will be paired with Represent’s digital marketing platform to allow artists and entertainers to design, market, print and distribute custom merchandise to fans while streamlining the sales process,” the Washington Business Journal reported.

Based out of its Mosaic District office at 2910 District Avenue, Custom Ink also opened two new stores — one in Bethesda, Md. and another in Charlotte, N.C. — this summer.