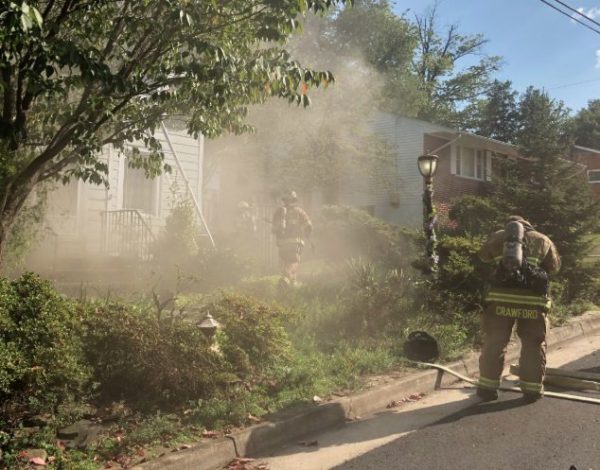 A fire that broke out in the garage of a McLean home caused roughly $60,000 worth of damage.

The fire broke out around 5 p.m. on Sunday, July 28, at a two-story, single-family home in the 6700 block of Osborn Street, according to Fairfax County Fire and Rescue.

Firefighters from Fairfax County Fire and Rescue and the Arlington County Fire Department arrived on the scene with smoke showing from the garage.

Crews quickly located and extinguished a fire in the garage. There were no reported firefighter or civilian injuries.

The fire was discovered when a passerby noticed smoke coming from the garage and called 9-1-1. There were no occupants home at the time of the fire. Smoke alarms did not activate due to the location of the fire.

Fire Investigators determined that the fire started in the garage. The cause of the fire is currently under investigation.

Red Cross services were offered but not accepted. Damages are approximately $60,000. The damage total includes a vehicle lift system and a classic car that was parked in the garage.

McLean Garage Fire Causes $60K In Damage. Units from #FCFRD and @ArlingtonVaFD arrived on the scene of a two-story, single-family home with smoke showing from the garage. More: https://t.co/UY9NPF9fQG #FairfaxCounty pic.twitter.com/0wVmmbT1cy