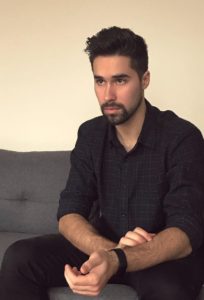 Fresh off a first-place win at the North America International Championships, McLean resident Wolfe Glick is headed to the 2019 Pokémon World Championships in D.C. next month.

Glick took the first place in the video game division in a national championship tournament in June, winning part of a $250,000 pot in scholarships and prizes.

According to a press release from The Pokémon Company International, the tournament will be invite-only with attendees from over 35 countries vying for a series of prizes August 16-18 in the Walter E. Washington Convention Center (801 Mount Vernon Place NW).

Glick says Pokémon is still a fun hobby rather than a job or sport, and he plays mostly to keep in touch with friends.

“I started playingPokémon competitively back in 2011 when there was a local tournament in the Washington D.C. area,” Glick said in an email. “I’ve kept competing all these years primarily because if I were to stop I would have a harder time seeing the friends I’ve made over the years through the game.”

“I’m very excited for the World Championships and hope to do well,” Glick said.

Photo via The Pokémon Company