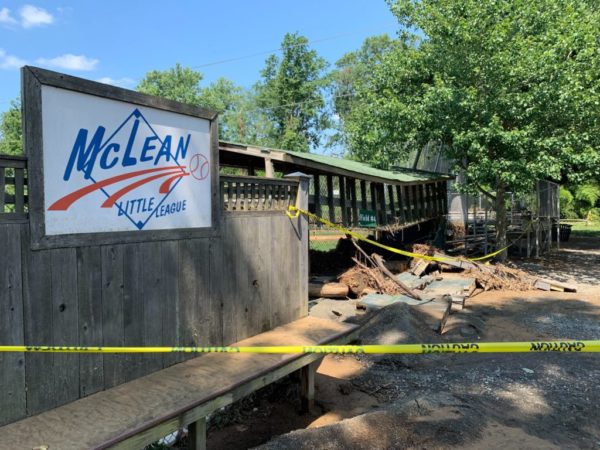 One day after a GoFundMe campaign launched to help the McLean Little League repair damage to its complex from Monday’s flash flooding has already raised more than $18,000.

Started yesterday (Wednesday), the fundraiser has raised about a quarter of its $75,000 goal.

“We have set up this fund to help cover the cost of repairs (given our location, we do not have flood insurance),” according to the GoFundMe.

Work to repair the damage will include rebuilding two dugouts, repairing fencing on three of the four fields and cleaning up the fields at the complex (1836 Westmoreland Street), Jen Nance, the president of the McLean Little League, previously told Tysons Reporter.

The aim is to get the work done before the fall season starts.