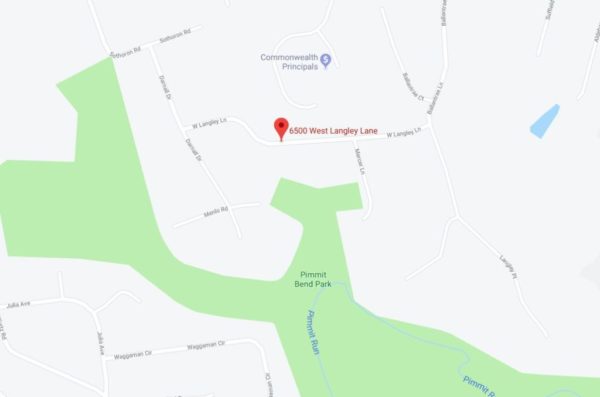 Firefighters had the fire out by around 9 a.m. “Crews [are] working on removing insulation from [the] attic area,” the Fairfax County fire department tweeted.

All of the occupants of the house evacuated, and no injuries have been reported.

Units arrived on scene of a two-story, single family house with smoke coming from the roof. The incident was immediately upgraded to a house fire. Crews quickly advanced a fire hose line to the second floor and extinguished a fire that had spread to the attic. There were no civilian or firefighter injuries.

No occupants were home at the time of the fire. A monitored smoke alarm system activated prompting the alarm company to call Fairfax County 9-1-1.

Fire Investigators determined that the fire was accidental in nature and started in the second-floor hallway bathroom. The fire was caused by an electrical malfunction within the electrical wiring supplying the bathroom canister lights.

No occupants were displaced because of the fire. Red Cross assistance was not needed. Damages as a result of the fire were approximately $37,500.

UPDATE house fire in 6500 block of W Langley Lane in McLean. Fire in attic is out. No extension. Crews working on removing insulation from attic area. Thanks @ArlingtonVaFD for assistance. #FCFRD #FairfaxCounty pic.twitter.com/nPxXYZvEB1