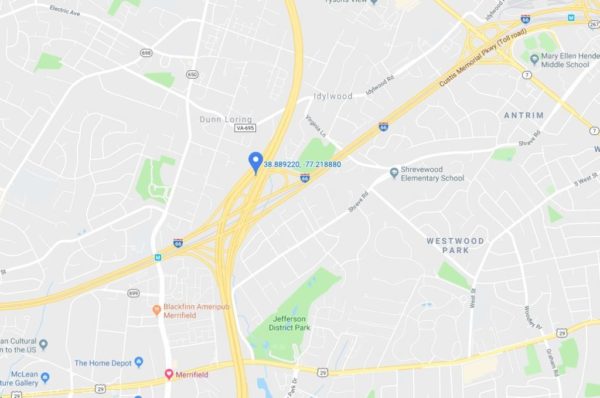 The tractor-trailer ran off the right side of the interstate and struck the cement barrier, which ruptured the truck’s fuel tank, police said.

“This caused the vehicle to catch fire and become engulfed in flames,” Geller said. “The impact with the barrier wall also dislodged the vehicle’s axles, which ended up blocking several travel lanes.”

The driver of the vehicle died at the scene, and the Office of the Medical Examiner in Manassas will conduct an autopsy, examination and identification, Geller said.

The crash is currently under investigation, Geller said.