In 2012, Other Half founders Matt Monahan, Sam Richardson and Andrew Burman signed a lease on a warehouse in Brooklyn, New York.

Matt and Adam were working in the restaurant industry as aspiring chefs with a serious side passion for home brewing. Sam, beginning his brewing career at a small brewpub in Oregon, then to Pyramid Brewing and later on at Green Point Brewing in Brooklyn, New York where the three met and became close friends.

Their collective vision and goal, ability to utilize a culinary approach, creativity and unique approach to branding and design brought a level and quality of beer never before seen in New York City.

Sounds easy, right? Not exactly. New York wasn’t exactly ready for the craft beer boom back then. Craft breweries were considered manufacturers of products. As with that designation, they were subject to strict zoning laws that delayed the opening of their brewery until 2014.

Founders Matt, Sam and Adam found a way to weather the storm for almost two years and what they’ve been able to create, can be only described as a rose that grew from the concrete. They’ve recently opened up a second location, in Rochester, New York. Same idea; brew world-class beer, with a vibrant taproom experience. Business seems to be going quite well for the trio, and rightfully so. 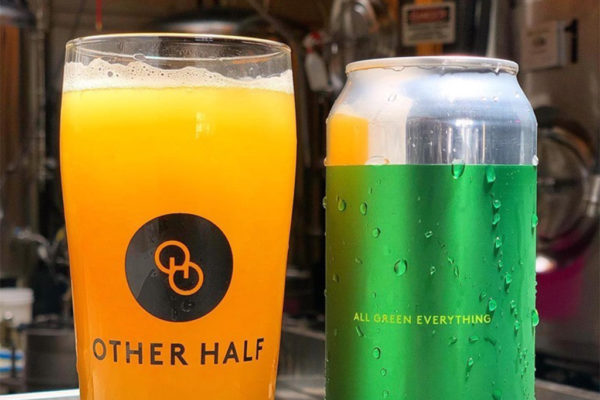 Other Half is a true powerhouse in the craft beer world. Like clockwork, frequently enjoying long lines for their beer and a bustling taproom. Their success can be credited to a combination of clever artwork, branding, design and intelligent marketing, combined with constantly evolving and innovating brewing techniques. Other Half is always ahead of the curve.

Matt, Adam and Sam have become experts in seeking out the highest quality hops and ingredients from all over the world. Highly respected within the industry for their talents, frequently brewing collaborative projects with the best of the best. At the end of the day brewing is cooking and cooking is brewing, and these guys are producing at a Michelin Star quality level.

Don’t believe me? Read this article in the New York times which speaks to how long people are willing to wait in line just to get their hands on some of Other Half’s beers.

On Saturday, June 15, beginning at 10 a.m., we have the pleasure of hosting an Other Half Mobile Can Sale and Tap Takeover at Dominion Wine and Beer in Falls Church. This is a ONE DAY pop-up opportunity to grab cans and enjoy drafts from one the top breweries in the country.

The first time cans have ever been available in Virginia!

Two of Other Half’s most popular and highest rated beers available in cans at exactly the same prices as brewery direct. Twelve of their latest releases on draft!

Available in cans to take home: 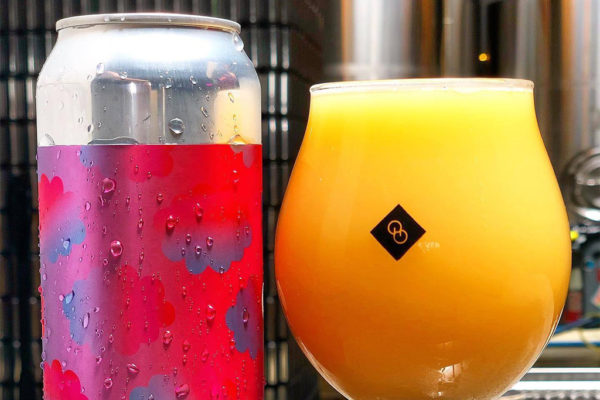 Limits TBD the morning of the release.

(Pours only, no crowlers or growler fills)

‘DDH Hop Showers w/Sabro’ IPA — “Our classic IPA with Amarillo and Citra. This batch is double dry hopped with Sabro.”

‘Tumbleweeds (Saphir’) Helles Lager — “A new Helles Lager that’s a follow up to our Crickets series. This lager is hopped lightly with Saphir, it’s crispy.”

‘HDHC More Citra than All Citra’ Imperial IPA — “What’s HDHC? We wanted to explore unnecessarily large hop additions using our new experimental Citra hop product, Citra Cryo and regular Citra pellets. HDHC is an acronym to denote this combo and it stands for High Density Hop Charge due to the extra high hopping rate. We are going for the biggest baddest aromatics we can and it represents around 15 lbs/bbl but with our combo of hop products its as smooth as ever.”

‘DDH Mylar Bags’ Imperial IPA — “Our standard Mylar Bags which is hopped with Amarillo, Galaxy, Citra, Mosaic and El Dorado and crushes it with Citra and Mosaic lupulin powders and more Galaxy.”

‘Hello Gentlemen and Will’ Imperial Stout — Equilibrium Brewery collaboration. “We all know Will is a gentleman and he loves stouts. This one is packed with almonds, coca nibs, tahitian vanilla and caramel.”

The bar and restaurant at Dominion Wine & Beer will be open right at 10 a.m. serving their full menu. Grab some cans, have a beer or two, hang with some of the guys from Other Half and snag a bite to eat.