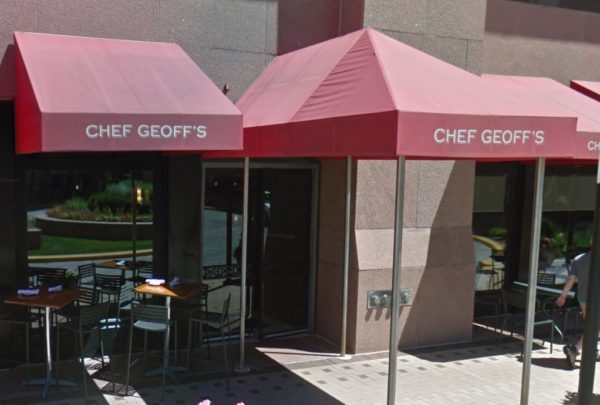 Chef Geoff’s will soon say goodbye to its Tysons spot in less than two weeks.

Geoff Tracy, who runs the Tysons location and almost a dozen other restaurants, told Tysons Reporter that the restaurant will close on Friday, June 21, after 10 years at 8045 Leesburg Pike.

Tracy said that the decision not to renew the lease prompted the upcoming closure — something that he said he’s known about for a while. “It would require a massive investment [to stay],” he said.

Tracy said he’s open to looking at locations with “plenty of parking and inexpensive rent” for another Tysons restaurant. Most of the Tysons staff have been placed in the other restaurants he manages, he said. 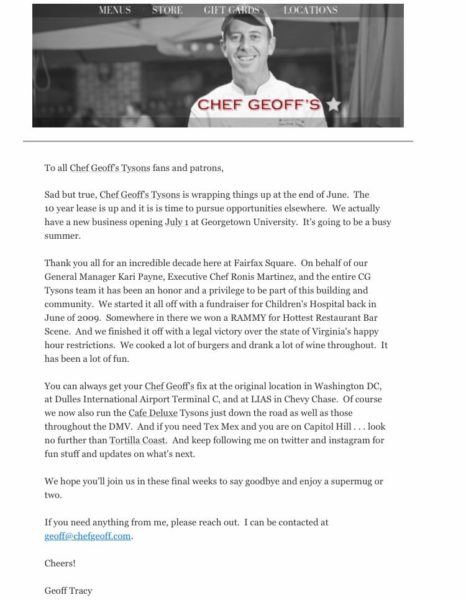 In an email to customers, Geoff reminisced on memorable events at the Tysons spot — kicking off the restaurant with a fundraiser for Children’s Hospital in June 2009, winning a RAMMY for Hottest Restaurant Bar Scene and achieving a “legal victory over the state of Virginia’s happy hour restrictions.”

The original Chef Geoff’s is in northwest D.C. at 3201 New Mexico Avenue. Tracy also co-owns Cafe Deluxe, which has a location in Tysons at 1800 International Drive.

“It was a nice run in Tysons for the last 10 years,” Tracy said.