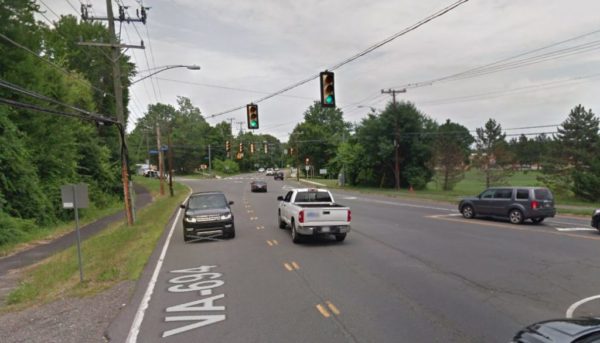 An upcoming meeting this week will help select improvements for the intersection of Lewinsville and Spring Hill roads in McLean.

The Fairfax County Department of Transportation (FCDOT) has two options for revamping the intersection.

The first alternative was chosen from alternatives discussed at a public meeting last May, while the second was developed after further review and considering community feedback, according to FCDOT.

FCDOT identified the intersection’s need for improvements during the Tysons Neighborhood Study.

“The intersection has a significant skew and experiences peak hour congestion, significant cut-through traffic, long queues and has a documented crash history,” according to FCDOT, adding that the intersection’s proximity to Spring Hill Elementary School also contributes to the recurring congestion.

A community meeting on Wednesday (June 5) will inform the community of the study background and status, along with seeking feedback on the two preferred alternative concepts.

The meeting will take start at 7 p.m. in the cafeteria of Spring Hill Elementary School (8201 Lewinsville Road).