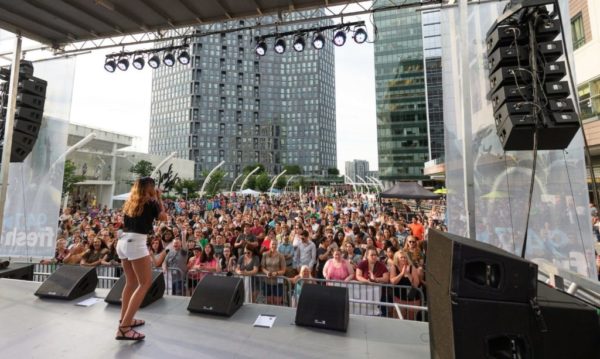 Indie pop band Echosmith is one of the groups set to perform in the 2019 Summer Concert Series outside Tysons Corner Center.

The line-up for the free summer concerts in The Plaza outside the mall was recently revealed today (Tuesday). The concerts featuring iHeartRadio artists all take place on Fridays in June.

The schedule is the following:

Best known for their 2013 single “Cool Kids,” Echosmith was started by a quartet of siblings. In March, the band released their newest single, “Favorite Sound.”

Tucker Beathard is a singer-songwriter who released a country album called “Nobody’s Everything” last year and a single this year called “Better Than Me.”

Tauren Wells, a Grammy-nominated Christian rock and pop artist, recently dropped his “God’s Not Done With You” single in April.