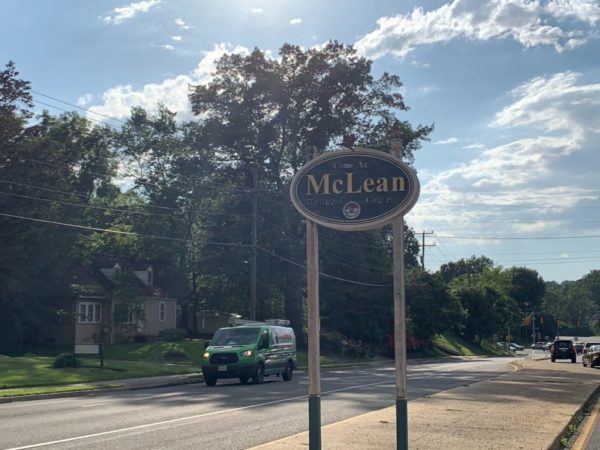 Could a desire for more park space make McLean less attractive to developers? That was the question residents pondered at a meeting earlier this week.

Currently, a task force made up of McLean residents and civic group members has been working with Fairfax County to revamp the McLean Commercial Business Center (CBC).

While the Fairfax County Park Authority pushed for more parks at the task force’s Monday (May 20) meeting, some of its members worried that an emphasis on more parks might push developers away.

Ryan Stewart, a senior planner for the Fairfax County Park Authority, said that a long-term vision for green space in McLean would move toward a mixed-use model, possibly emulating Fairfax Corner, Reston Town Center or the Mosaic District.

With projected population changes that could have McLean see nearly 3,000 more residents and 1,500 fewer employees, the Park Authority recommends an additional 4.25 more acres of urban park space, a new playground and another sports court at full buildout in McLean.

“Any development scenario should consider how these needs will be met within the CBC or nearby,” a Park Authority presentation slide said.

The immediate area of the CBC has several parks, including McLean Central, Lewinsville, and Bryn Mawr.

“We all want trees,” she said, adding that McLean already has a green space deficit. “We are already 2.5 acres under where we ought to be in today’s standards in terms of green space,” Dorgan said.

While members of the task force said that adding more parks is important, they also expressed concern that developers might balk at more green space requirements.

“I’m all for green space, but stick it to a developer and say you need to give me an acre is going to be challenging,” one task force member that Tysons Reporter was unable to identify said.

Dorgan suggested finding a “creative” way to improve access to the McLean Central Park as a possible way to avoid the trade-off between more green space or more development.