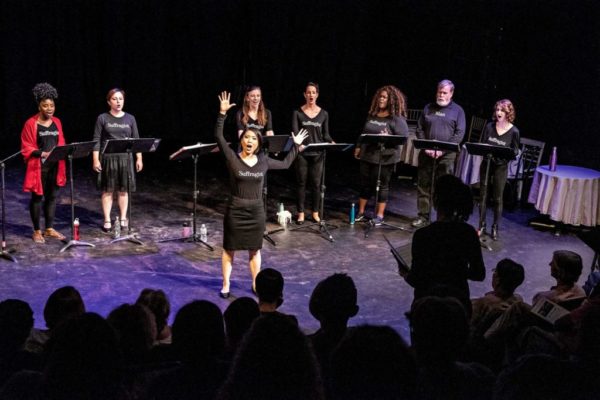 A musical about how women won the right to vote is coming to the Town of Vienna for a sold-out preview ahead of a national tour.

“19: The Musical” chronicles the struggles of women suffragists, including Alice Paul, Ida B. Wells, Susan B. Anthony, Carrie Chapman Catt, and Inez Milholland.

Ratified Aug. 18, 1920, the 19th Amendment made it illegal to deny U.S. citizens the right to vote on the basis of sex. The show’s national tour for this fall coincides with the amendment’s centennial next year.

The inspirational story of these fearless women is brought to life through jazz, traditional musical standards style, spoken word, hints of gospel and dance. 2020 is the 100th anniversary of the ratification of the 19th Amendment; our goal is to get a full production of 19 up and running, and onto a stage by the end of 2019.

The show’s book and lyrics were created by Jennifer Schwed and Doug Bradshaw, the cofounders of the Alexandria-based Through the 4th Wall. The show’s music is by film composer Charlie Barnett.

All 200 tickets got snapped up for the special preview performance at the Vienna Community Center (120 Cherry Street SE) on Friday (May 17), according to the musical’s Facebook page. The preview will include songs, dance and narration from the first and second acts of the show.