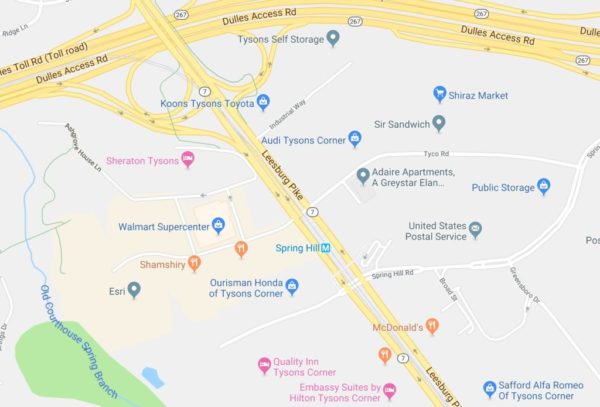 A body has been found along Leesburg Pike near the Spring Hill Metro station, according to the Fairfax County Police Department.

The deceased man was found in the 8500 block of Leesburg Pike, which spans from the Audi dealership to an office building just north of the Maserati and Alfa Romeo dealerships in Tysons.

Detectives have started an investigation into the man’s death, the police department tweeted.

“At this point there appears to be no threat to public safety,” the tweet said. “Please avoid the area.”

Detectives are currently investigating a man found dead in the 8500 block of Leesburg Pike in Tysons. At this point there appears to be no threat to public safety. Please avoid the area. #FCPD pic.twitter.com/CBxVClYktc