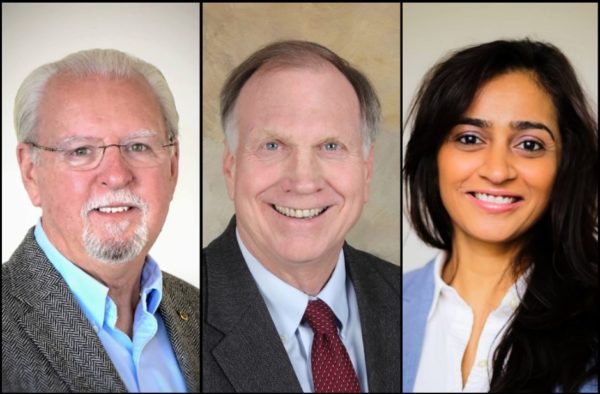 Vienna residents elected three candidates concerned about the scale of new developments planned for Maple Avenue to the Town Council.

According to a press release, the unofficial results of the election are:

Local small business owner Nisha Patel has expressed concerns about the impact of high-density mixed-use developments on traffic and schools. Steve Potter is a founding member of the Vienna Citizens for Responsible Development, a group that has pushed for developments that preserve the “small-town character” on Maple Avenue.

Patel, Potter and Springsteen were all endorsed by the Vienna Citizens for Responsible Development.

Incumbent Tara Bloch, who had the second to the lowest number of votes, did not win reelection. Bloch touted the increased number of sidewalks and bike routes, as well as new commercial redevelopments, and she ran a campaign focused on pushing for a pedestrian-friendly business corridor.

Vienna residents cast a total of 2,411 ballots, according to the press release.