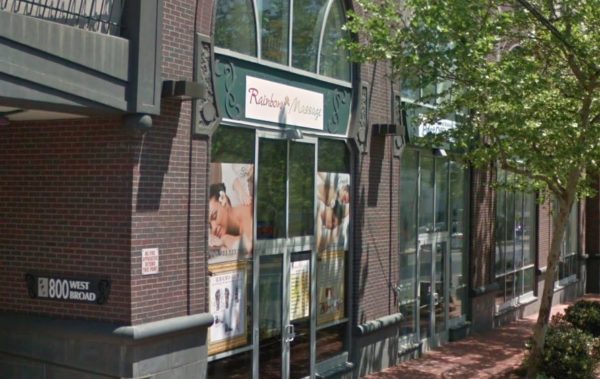 (Updated 2:35 p.m.) Falls Church Police have made two arrests after they say a massage parlor customer was sexually assaulted.

“Police responded to Rainbow Massage (800 W Broad St., Unit 101) after a victim reported inappropriate touching during a massage,” according to a police press release.

Detectives believe there may be more victims, the press release says. Anyone with information can contact the City of Falls Church Police at 703-248-5053.

END_OF_DOCUMENT_TOKEN_TO_BE_REPLACED

More Stories
Ask Val: When to Use an Escalation ClauseVienna Finds Funding to Tackle Economic Woes and Rampant Tree Deaths