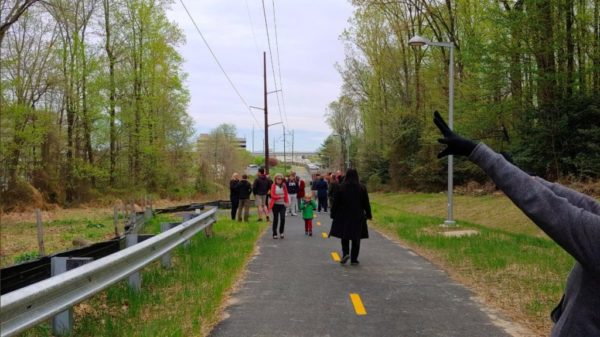 After a weather-related delay in February, the new half-mile Vesper Trail connecting Vienna and the Spring Hill Metro station is now open.

The trail is part of a series of necessary transportation improvements identified in the Tysons Metrorail Station Access Management Study. The trail is federally funded.

New Vesper Trail makes it easier for residents to walk and bike to Spring Hill Metro and other shops in Tysons! @ffxconnector pic.twitter.com/gcjOLBHJg1