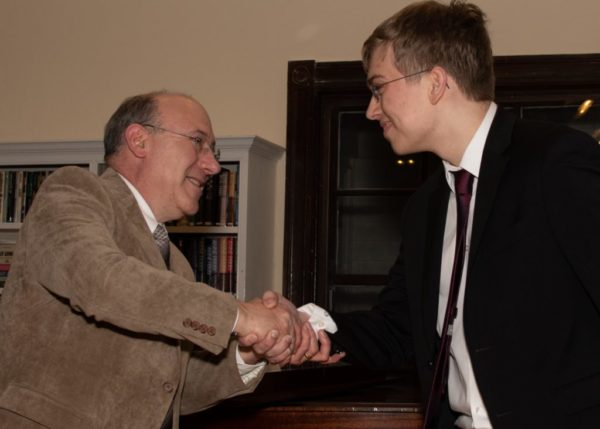 Christian Aliferis, a senior at James Madison High School and a saxophonist, has scored $2,000 in scholarships and is scheduled to solo at the City of Fairfax Band’s May 4 concert.

The City of Fairfax Band Association hosts an annual Young Artist Competition to encourage high school musicians to pursue a musical career. Three finalists competed in a recital in March, and the winner was chosen by a panel of judges. 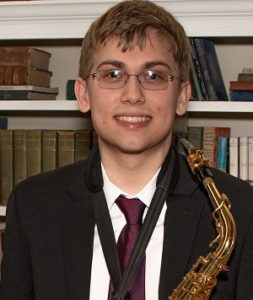 “I’m thrilled to be performing with the band! This is my first time ever performing a concerto with an ensemble, and I’m super excited,” Aliferis said in a press release from the City of Fairfax Band. “My first solo was in sixth grade when I played the ‘Mario Brothers Theme’ with the band.”

Aliferis not only studies saxophone, but also clarinet and recorder.

At the concert in May, Aliferis is scheduled to perform ‘Tableaux de Provence” by Paule Maurice. The concert is themed around music evocative of various parts of rural America.

The concert is planned to take place at 7:30 p.m. in the Ernst Cultural Center at Northern Virginia Community College (8333 Little River Turnpike). Tickets are $15 for adults, $10 for seniors, of free for students.