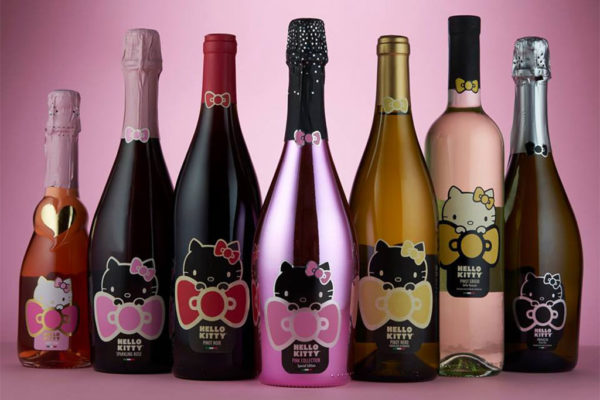 Dr. Arnold Willis, a urologist in Maryland, is bringing Hello Kitty wine to Merrifield with his Napoleonic Cavalry-themed distribution service, thanks in part to Chicago gangster Al Capone.

It’s a lot to unpack. The ABC permit is still pending, but Chasseur Wine LLC is planning on opening a wholesale distribution facility at 2995 Gallows Road, as a staging ground for moving into Northern Virginia.

The brand is already active in Maryland and D.C., and Willis said Merrifield was right at the epicenter of the planned distribution network.

So where does the beloved Sanrio feline fit into all of this? Buckle in, it’s sort of a long story.

A few years ago, to celebrate their 40th anniversary, Willis said Sanrio was looking for a wine to put their label onto — the logic being that girls who had grown up with Hello Kitty were now likely of drinking age. In a tour of European vineyards in 2016, they settled on Torti Winery in Italy.

When they were looking to distribute that wine in the United States, they turned to a restauranteur in California who was an old family friend. Willis was friends with the restauranteur and was asked if he wanted to be involved in the distribution.

Willis said he had no experience of first-hand knowledge of Hello Kitty before that moment, but said it sounded like a fun thing to try out.

“We got unbelievable PR and in August,” said Willis. “I was completely caught off guard. It started as a fun thing with friends, but it’s completely exploded.”

Willis said after the initial explosion of interest, they began to take the wine distribution more seriously. Branding as Kitty Wines International, the group started moving into nation-wide distribution. The brand is currently available in 27 states.

“It surprises people as a legit wine,” Willis said. What has happened — it’s something very kitschy, it catches you off guard. Everybody buys one bottle to say ‘look what I got’ but the irony of this is: it’s quite good wine.”

But there was a catch.

“Ever since the Al Capone days, the federal government has cut it up so you can’t have wholesale distributorship to more than 15 states,” Willis said.

So the distributorship needed to be split up. Willis lived in the D.C. area, so he worked with his son on setting up their own distribution service in the area. Thus, Chasseur Wine — named for the son’s interest in the French cavalry unit from the Napoleonic War — was born. There are other wines involved, but Willis said the main feature is still the Hello Kitty wine, which typically sells in the $17 to $30 range.

Chasseur Wine currently distributes in Maryland and D.C., but is still waiting on a license in Virginia to start selling.

“This is the most fun I’ve ever had,” Willis said. “Chasseur Wines is my baby.”